From Ben Fronczek... The Mighty Power of Jesus’ Name 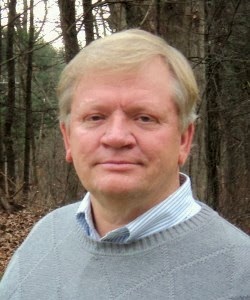 Earlier this year a armed masked robber got more than he bargained for when he entered a woman’s home in Lake City, Florida intending to rob her and her friends at gun point.
“Lake City police say Derek Lee, 24, entered a house on Lakeview Avenue where the homeowner had 14 women over for a jewelry party. Police say Lee was wearing a dark ski cap on his head along with a bandana across his face. He allegedly showed a gun and ordered the women to hand over their money and phones.      One woman who though it was a party gag pushed his hand aside while laughing saying, “It’s only a water gun”.  Police said that Lee held the gun to the woman’s head and said, “I’m not joking, I’m going to shoot someone, give me your money.”
Jacquie Hagler, who owns the house, says she then put her faith into action; she said. “When I realized what was going on, I stood up and said, ‘In the name of Jesus, get out of my house now.’   And he said, ‘I’m going to shoot someone.’ And I said it again, real boldly,” Hagler said. “Everybody started chanting, ‘Jesus, Jesus, Jesus,’ and he did a quick scan of the room, and ran out the door as fast as he could go.”
Can you imagine the unbelievable fear that surged through this career criminals mind? As I am sure he was used to dealing with violence because he is a previous offender, he apparently had never seen or felt the power of Jesus Name like he did this day. Lee was later picked out of a lineup by several of the ladies from the party, police say. He is also being investigated for attempted robbery at a nearby ATM, which happened just prior to the home invasion.He was held on $200,000 bond in the Columbia County Detention Center

Today I’m here to tell you that the name, because of WHO the Father  named Jesus is like no other name given to men.

“God highly exalted Him, and bestowed on Him the name which is above every name, 10 so that   at   the   name of Jesus   every knee will bow, of those who are in heaven and on earth and under the earth, 11 and that every tongue will confess that Jesus Christ is Lord, to the glory of God the Father..” NASB

I would like you think about that statement for a moment which Paul made here.    At the name of Jesus every knee of every man of every woman every angel of every being born will one day bow at the name of Jesus, and every tongue will confess that Jesus is Lord to the Glory of God. What majesty, what preeminence God has bestowed on that name and the one He named Jesus!
As a matter of fact Mary and Joseph did not even name their son Jesus, God the Father chose that name for Him.

“18 This is how the birth of Jesus the Messiah came about: His mother Mary was pledged to be married to Joseph, but before they came together, she was found to be pregnant through the Holy Spirit. 19 Because Joseph her husband was faithful to the law, and yet did not want to expose her to public disgrace, he had in mind to divorce her quietly.
20 But after he had considered this, an angel of the Lord appeared to him in a dream and said, “Joseph son of David, do not be afraid to take Mary home as your wife, because what is conceived in her is from the Holy Spirit. 21 She will give birth to a son, and you are to give him the name Jesus, because he will save His people from their sins.”    22 All this took place to fulfill what the Lord had said through the prophet: 23 “The virgin will conceive and give birth to a son, and they will call him Immanuel” (which means “God with us”).

In that body of flesh, into that baby boy the eternal, divine God, God the creator of all things (all the stars, all the galaxies, all the planets, all that is seen and all that is unseen), God the sustainer, God the source of all life, was born into a body of flesh, into this little baby God the Father named Jesus.  For a short time He lived amongst us, to help us understand God, and then saved us from our sin by dying on the cross of Calvary as the ultimate sacrifice.  And because of that Paul wrote that “God highly exalted Him, and bestowed on Him the name which is above every name”,

Jesus is the part of God which took on flesh. Yet He Is Lord of all, of all the universe, of everything that was ever created, of everything that has ever moved or lived, and at some point in time, at the name of Jesus, every knee will bow, every tongue will acknowledge that Jesus is truly Lord,  whether they have chose to follow Him in their lifetime or not.

At the name of Jesus every knee will bow because of WHO HE IS! And I believe that is why we read of how and why amazing things happened in the Bible when people called upon the name of Jesus.

“One day Peter and John were going up to the temple at the time of prayer– at three in the afternoon. Now a man crippled from birth was being carried to the temple gate called Beautiful,
where he was put every day to beg from those going into the temple courts. When he saw Peter and John about to enter, he asked them for money. Peter looked straight at him, as did John. Then Peter said, “Look at us!” So the man gave them his attention, expecting to get something from them. Then Peter said, “Silver or gold I do not have, but what I have I give you. In the name of Jesus Christ of Nazareth, walk.” Taking him by the right hand, he helped him up, and instantly the man’s feet and ankles became strong. He jumped to his feet and began to walk. (NIV)

Jesus Himself promised to answer prayer which was directed to God the Father in His name.

In John 16:23, He said
“Very truly, I tell you, if you ask anything of the Father in my name, He will give it to you.” (of course our prayers an’t going to over-ride God’s own will)

Paul wrote and instructed the early Christians by writing, “Whatever you do, in word or deed, do everything in the name of the Lord Jesus, giving thanks to God the Father through Him.” Col. 3:17.

Jesus told the early disciples in Mark 16:17 “And these signs will follow those who believe: In My name they will cast out demons; they will speak with new tongues” (NKJ)

There is great power in the name of Jesus. Scripture shows us over and over again the power in His Name. And as a Christian Jesus Himself, has given us authority to use His name.

Those who called upon the name of Jesus were healed, prayers we answered,  some were freed from evil spirits or demons coming out with shrieks.  In Acts when they were in Philippi,  Luke wrote this

“16 Once when we were going to the place of prayer, we were met by a female slave who had a spirit by which she predicted the future. She earned a great deal of money for her owners by fortune-telling. 17 She followed Paul and the rest of us, shouting, “These men are servants of the Most High God, who are telling you the way to be saved.” 18 She kept this up for many days. Finally Paul became so annoyed that he turned around and said to the spirit, “In the name of Jesus Christ I command you to come out of her!” At that moment the spirit left her.”

Jesus’ name is also so very important to our eternal future. In Acts 4:12 we read, “ Salvation is found in no one else, for there is no  other    name under heaven given to mankind by which we must be saved.”

On the day of Pentecost, when Jews learned about Jesus and sought to be saved from their sin in Acts 2 we read that Peter told the people  “Repent and be baptized, every one of you, in   the    name   of   Jesus    Christ  for the forgiveness of your sins. And you will receive the gift of the Holy Spirit. 39 The promise is for you and your children and for all who are far off—for all whom the Lord our God will call.”

As Philip preached to the Samaritans in Acts 8 we read that “when they believed Philip as he proclaimed the good news of the kingdom of God and the name of Jesus Christ, they were baptized, both men and women.” 8:12

I believe that this is a special privilege given to Christians to call upon the name of our Lord. But this privilege is not  for everyone.  Those who do not belong to Jesus cannot use His name with the same power. As Christian we have been given permission to use His name, but that is not true of everyone.

In Acts 19:13f we read:
“Some Jews who went around driving out evil spirits tried to invoke the name of the Lord Jesus over those who were demon-possessed. They would say, “In the name of the Jesus whom Paul preaches, I command you to come out.”  Seven sons of Sceva, a Jewish chief priest, were doing this.  One day the evil spirit answered them, “Jesus I know, and Paul I know about, but who are you?”  Then the man who had the evil spirit jumped on them and overpowered them all. He gave them such a beating that they ran out of the house naked and bleeding.  17 When this became known to the Jews and Greeks living in Ephesus, they were all seized with fear, and the name of the Lord Jesus was held in high honor.”

In this day and age many see Jesus’ name as nothing more than a curse word. Shame on us if we use such a great name, the name of the creator, the sustainer, savior and the final judge as a swear word.

One of the Ten Commandments says not to use the name of our Lord God in vain… if you have used the name of Jesus in this manner you have sinned and insulted the name.

One day every tongue, will call Him Lord.
The Mighty Power of Jesus’ Name
What I want to do today is encourage you recognize how important and how powerful the name of Jesus is. It has Power because of WHO HE IS!
If you are Christian I encourage you to call upon His name with faith when you pray,

If you are not a Christian yet, if you have not personally accepted Jesus as you Lord and your God, If you have not allowed Him to remove all you sin in the waters of baptism, I encourage you to call upon His name, ask Him to be your Lord and Savior, ask Him to take away you sin, and with Love He will help you become one of His own.

For more lessons click on the following link:
http://granvillenychurchofchrist.org/?page_id=566