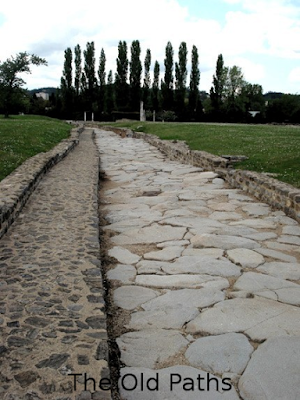 Powerfully and concisely, Mark tells “the good news of Jesus Christ, the Son of God” (1:1). The testimony of the Roman centurion at the cross expresses the theme of the book, “Truly this Man was the Son of God!” (15:38).

Mark and the other Gospels
The Gospels are four inspired accounts of the life of Christ. “All Scripture is given by inspiration of God” (2 Timothy 3:16); “for prophecy never came by the will of man, but holy men of God spoke as they were moved by the Holy Spirit” (2 Peter 1:21).
This explains both the similarities and the differences in the Gospels. The Holy Spirit is the Author of all four Gospels, so of course they are similar! There are differences because the Spirit moved four different men to write, each from his own perspective and with specific goals and primary audiences in mind.
The many Old Testament quotations in Matthew are persuasive for Jews and others familiar with the Old Testament. John’s intention was obviously to record information not found in the other Gospels (John 20:30, 31; 21:25). Luke, a Greek Physician (Colossians 4:14), addresses his narrative to “most excellent Theophilus” (Luke 1:3), a title appropriate for a Greek person of some standing. Mark’s emphasis on the power of Christ would impress the Romans. He gives the Roman coin equivalence of the widow’s two mites in 12:42, a ‘quadrans’.
Combined, the four Evangelists powerfully proclaim Christ to all people of all times!

Writer of the second Gospel
Although the writer is not specified in any of the Gospels, there is no reason to doubt the names historically assigned to each.
Numerous historical sources state that the second Gospel was written by John Mark, the son of Mary whose house was a place of prayer when Peter was in prison (Acts 12:12), the cousin of Barnabas (Colossians 4:10), and the fellow worker of Peter (1 Peter 5:13) and Paul (2 Timothy 4:11; Philemon 24).
He is designated as the writer by Eusebius in references from Papias, Irenaeus, Clement of Alexandria and Origen (H.E. 2:15; 3:39; 5:8; 6:14, 25) and in the writings of Irenaeus (Against Heresies 3:10, 5) and Tertullian (Against Marcion 4:5). According to these authors, Mark based his Gospel on the eye- witness accounts of Peter.

Date of writing
There is no definite knowledge about the date of writing of any of the Gospels. The supplemental nature of John and historical references favor its being written last. Since Luke was written before Acts (Acts 1:1), which ends its narrative abruptly while Paul is at Rome in 62 AD, we surmise that Luke was written before that date. It is usually believed that Matthew and Mark were the first two Gospels written, but it is not known when, or, which was written first. Mark’s concluding statement, “And they went out and preached everywhere” (16:20) indicates that the gospel had been preached widely by the time he wrote. Historical references favor Matthew as having been written first.

Disputed ending
The last 12 verses of chapter 16 are missing from the earliest (almost) complete manuscripts of Mark, Codex Vaticanus (est. d. 325-350 AD) and Codex Sinaiticus (est. d. 330-360 AD). This can be explained, however, by the ease with which the end of an earlier scroll could have been broken off and lost before it was copied, resulting in a chain of incomplete manuscripts.
The above two manuscripts end with a conjunction, and in such an abrupt manner that something is obviously missing. “And they said nothing to anyone, for they were afraid” (Mark 16:8) is hardly how one would expect Mark to end his Gospel! Although Vaticanus lacks 16:9-20, it has a blank column after 16:8 indicating that the copyist left room for an ending he knew was lacking in his source.
Codex Alexandrinus (est. d. 400-440 AD) contains 16:9-20.
Christian writings much older than these manuscripts contain references to these verses, the oldest being by Justin Martyr (160 AD) in the First Apology, Chapter 45, “preached everywhere” from 16:20 and by Irenaeus (180 AD) who quotes all of 16:19 -“So then, after the Lord had spoken to them, He was received up into heaven, and sat down at the right hand of God” (Against Heresies 3:10, 5).
The testimony of the vast majority of NT manuscripts, which contain 16:9-20, cannot be set aside by two manuscripts, which - although old - are obviously defective at this location, as indicated by a blank column in one of the two.
For a detailed scholarly rebuttal of internal arguments presented against the authenticity of verses 9-20 see “The Style Of The Long Ending Of Mark” by brother Bruce Terry at http://bible.ovc.edu/terry/articles/mkendsty.htm

Interesting details
Although Mark is the shortest Gospel, it contains details not found elsewhere.
Although only four parables are included, one is not in the other gospels (4:26-29). Emphasizing the power of Christ, miracles comprise more than 20% of Mark with two of the eighteen not being mentioned elsewhere (7:32-37; 8:22-26).
More details are given than in Luke’s account about the calming of the storm (4:35-41) and than in Matthew’s account about the cursing of the fig tree (11:12-14, 20-24).
Mark mentions a young man who, while Jesus was being arrested, escaped by leaving his clothes behind (14:51, 52). Some wonder if this might have been Mark himself.

People’s reactions are told in greater detail.
“Then they were all amazed, so that they questioned among themselves, saying, ‘What is this? What new doctrine is this? For with authority He commands even the unclean spirits, and they obey Him’” (1:17).
After Jesus healed the man let down through the roof, “all were amazed and glorified God, saying, ‘We never saw anything like this!’” (2:12).
After Jesus walked on the water, “they were greatly amazed in themselves beyond measure, and marveled” (6:51).
“Immediately, when they saw Him, all the people were greatly amazed, and running to Him, greeted Him” (9:15).
When Jesus told His followers what would happen to him in Jerusalem, “They were amazed. And as they followed they were afraid” (10:32).
After the three women saw an angel in the empty tomb, “They went out quickly and fled from the tomb, for they trembled and were amazed. And they said nothing to anyone, for they were afraid” (16:8).
Such reactions are also in the other Gospels, but more details are given in Mark. In addition to the above, people ‘marveled’ (5:20; 12:17; 15:5, 44) and were ‘afraid’ (5:15; 9:6, 32).

Certain Jewish customs are explained.
Ablutions of the Pharisees and Jews are explained (7:1-4). The Roman coin equivalent, a quadrans, is given for two mites (12:42). It is explained that the Preparation Day is the day before the Sabbath (15:42).

Aramaic words are used and translated
Much more than in the other Gospels, Mark inserts the actual Aramaic words used on several occasions, which adds a warm, personal touch. Translation is included where needed.
Jesus called James and John “Boanerges” [Sons of Thunder] (3:17).
To the dead daughter of the ruler of the synagogue, Jesus said: “Talitha, cumi” [Little girl, I say to you, arise] (5:41).
A selfish son who did not want to help his parents would tell them: “Whatever profit you might have received from me is Corban” [that is, a gift to God] (7:11).
As Jesus healed a deaf man, “He sighed, and said to him, ‘Ephphatha’, that is, ‘Be opened’” (7:34).
Rather than the standard Hebrew ‘Rabbi’ usually used, the Aramaic ‘Rabboni’ is used in dialogue by the man who wanted to be given his sight (10:51). It is also used by Mary in John 20:16.
“Hosanna” (11:9) is also used by Matthew and Luke.
In the garden, Jesus prays, “Abba, Father” (14:36).
On the cross, He prays, “Eloi, Eloi, lama sabachthani?” [My God, My God, why have You forsaken Me?] (15:34). This is also found in Matthew.

Mark’s Gospel can be read aloud in an hour and twenty minutes. Some Lord’s day afternoon, why not gather the family around and take turns reading Mark’s Gospel aloud from beginning to end? It will strengthen your faith.
Roy Davison
[First published in the Gospel Herald, September 2012]
The Scripture quotations in this article are from
The New King James Version. ©1979,1980,1982,
Thomas Nelson Inc., Publishers unless indicated otherwise.
Permission for reference use has been granted.