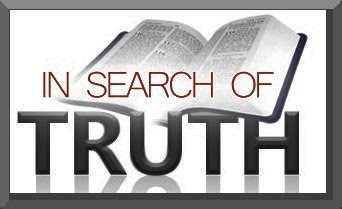 Judgment Day marks the end of time.  What will occur on that day?  Do we know when it will transpire?  Will there be any warning?  Many people may have opinions and speculations, but only the Bible is the authority that can answer these questions for us.  Therefore, let us examine a few passages to see what the Bible has to say.

All Saints from All Time will be Carried to Heaven

During the New Testament times, the Christians at Thessalonica became worried that the Christians who died would miss out on Jesus’ return.  They were afraid those who died ceased to exists.  Let's examine the apostle Paul's explanation about the dead and Judgment Day:

But I do not want you to be ignorant, brethren, concerning those who have fallen asleep, lest you sorrow as others who have no hope.  For if we believe that Jesus died and rose again, even so God will bring with Him those who sleep in Jesus.
"For this we say to you by the word of the Lord, that we who are alive and remain until the coming of the Lord will by no means precede those who are asleep.  For the Lord Himself will descend from heaven with a shout, with the voice of of an archangel, and with the trumpet of God.  And the dead in Christ will rise first.  Then we who are alive and remain shall be caught up together with them in the clouds to meet the Lord in the air.  And thus we shall always be with the Lord.
"Therefore, comfort one another with these words" I Thessalonians 4:13-18

The Annihilation of the Earth

"But what about the earth?  "Will anything be left of, or on the earth?"  The apostle Peter, in his letter, warns of the final destruction of the earth on the last day:

But the day of the Lord will come as a thief in the night, in which the heavens will pass away with a great noise, and the elements will melt with fervent heat; both the earth and the works that are in it will be burned up.
"Therefore, since all these things will be dissolved, what manner of persons ought you to be in holy conduct and godliness, looking for and hastening the coming of the day of God, because of which the heavens will be dissolved, being on fire, and the elements will melt with fervent heat?" II Peter 3:10-13

From this passage, we learn that the earth and the heavens will totally be destroyed.  The heavens will alsso be destroyed, which encompass the entire universe, all that is above our atmosphere.  Some wonder, if God will preserve the earth, restore it for his faithful, and turn it into a paradise.  However, this passage explains that it will be a total destruction.  Even the "elements" of both the heavens and earth, the things that comprise this world, will be destroyed.  Nothing will be left of the universe and reality that we now live in.

"So what happens to our bodies and all of the dead people's bodies?"   The Bible teaches that all will receive new bodies - all people both good and evil.  In New Testament times, the Christians in the city of Corinth were faced with a false doctrine that denied that there would be resurrection.  One supporting argument that was proposed was that our bodies will decay in the grave.  So, how could there be a resurrection, since our bodies will be destroyed?  The apostle Paul responded to this false doctrine by explaining that we will receive new bodies:

"Now this I say, brethren, that flesh and blood cannot inherit the kingdom of God; nor does corruption inherit incorruption.  Behold, I tell you a mystery: We shall not all sleep, but we shall all be changed - in a moment, in the twinkling of an eye, at the last trumpet.  For the trumpet will sound, and the dead will be raised incorruptible, and we shall be changed.  For this corruptible must put on incorruption, and this mortal must put on immortality." I Corinthians 15:50-53

In addition to confirming what we have learned, we also discover that we will all be given new bodies when the trumpet is sounded.  So, before we even leave this earth, the resurrected dead and all those still alive will be given a new, immortal body.  It is in this body that we will stand before God and live out the remainder of eternity.

God’s Throne and the Final Judgment

"So what happens once we leave this earth and it is destroyed?  "Where do we go?"  It is difficult to understand the answer because it involves a plane that transcends all that we know and understand.  We already know that we have immortal bodies and this plane of existence is destoyed, but even that is not explained further.  However, in the book of Revelation, a day of judgment is described.  This day of judgment is symbolic of what will transpire that day:

"Then I saw a great white throne and Him who sat on it, from whose face the earth and the heaven fled away.  And there was found no place for them.  And I saw the dead, small and great, standing before God, and books were opened.  And another book was opened, which is the Book of Life.  And the dead were judged according to their works, by the things which were written in the books.
"The sea gave up the dead who were in it, and Death and Hades delivered up the dead who were in them.  And they were judged, each one according to his works.  Then Death and Hades were cast into the lake of fire.  This is the second death.  And anyone not found written in the Book of LIfe was cast into the lake of fire." Revelation 20:11-15

From this symbolic representation, we learn how Judgment Day will appear from heaven's viewpoint.  Once we are assembled before God’s throne, then we will each be judged and sent to either heaven or hell.
A beautiful vision of heaven is painted through a symbol found following the above passage in Revelation 21:1-22:5.  Please, read it to learn more about how wonderful heaven will be, but please keep in mind that this is symbol.  The reality of heaven will be more beautiful than our mortal minds can now comprehend, but hell will equally be even more terrible than the symbol of a lake that burns with fire and is not quenched.
While on earth, Jesus alos told many parables about Judgment day, teaching about the final judgement and separation between the good and evil (Matthew 13:24-30; 25:31-46).

Besides wondering if we will be ready for Judgement Day, the second most important questions that we should, or could ask is, "When will Judgment Day come?  "Will there be a sign?"  Many people have speculated and even affirmed specific days as the last day.  However, the failure of these prophecies alone teach us at the very least to be wary and skeptic of such predictions.  But, does the Bible say anything about the end of the world?  In one of the passages that we looked at earlier, the apostle Peter addressed when the last day would occur:

When does a thief rob your house?  The answer - you don't know!  It happens suddenly and unpredictably.  Jesus was also asked this question by his apostles (Matthew 24:3).  Please listen to the similar answer:

"But of that day and hour no one knows, not even the angels of heaven, but My Father only.
"But as the days of Noah were, so also will the coming of the Son of Man be.  For as in the days before the flood, they were eating and drinking, marrying and giving in marriage, until the day that Noah entered the ark, and did not know until the flood came and took them all away, so also will the coming of the Son of Man be" ...
"Watch therefore, for you do not know what hour your Lord is coming, But know this, that if the master of the house had known what hour the thief would come, he would have watched and not allowed his house to be broken into.
"Therefore, you also be ready, for the Son of Man is coming at an hour you do not expect." Matthew 24:36-44

Jesus clearly speaks about the last day being similar to a thief breaking into our house.  The analogy is again the same - we do not know when a thief will break into our house.  In view of such passages, it becomes difficult, even impossible to believe that someone can predict the occurrence of Judgment Day.  We do not know when it will occur, so we must be ready at all times.

Judgment Day will be both a glorious and fearful day.  It will be the end of all time and a day of reckoning for all people before their Creator.  Jesus said that no man knows what day it will occur, so let us always be wary of those who prophesy that the end of the world is near, but we must always live like it is tomorrow.
Trevor Bowen
Email ThisBlogThis!Share to TwitterShare to FacebookShare to Pinterest
Newer Post Older Post Home