God Cannot be Tempted...But Jesus Was? by Eric Lyons, M.Min. 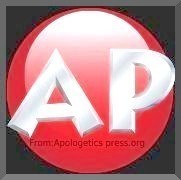 
God Cannot be Tempted...But Jesus Was?

First, Christians freely admit that contemplation of the nature of God is by no means a simple mental exercise. We were created; He has always been (Psalm 90:2). We have flesh and bones; God is Spirit (John 4:24). We are limited in power; He is omnipotent (Genesis 17:1). We can become knowledgeable about some things; God’s knowledge has always been infinite—“too wonderful for me; it is high, I cannot attain it” (Psalm 139:6). The apostle Paul expressed his amazement of God to the Christians in Rome, saying, “Oh, the depth of the riches both of the wisdom and knowledge of God! How unsearchable are His judgments and His ways past finding out!” (11:33). It is always a humbling mental struggle for mere man to contemplate the wondrous attributes of God.

Still, however, the legitimate question remains: How could Jesus be God, if He was tempted while on Earth? The answer to this question is basically the same for a variety of questions that one may ask about the nature of Jesus. How could Jesus not know something if He was God (e.g., the time of His Second Coming; Mark 13:32)? How could God the Father be greater than Jesus if Jesus was “equal with God” (John 14:28; John 5:18; Philippians 2:6)? The answer to these and similar questions must be understood in light of what the apostle Paul wrote to the church at Philippi concerning Jesus’ self-limitation during His time on Earth. According to Paul, Christ

being in the form of God, did not consider it robbery to be equal with God, but made Himself of no reputation [He “emptied Himself”—NASB], taking the form of a bondservant, and coming in the likeness of men. And being found in appearance as a man, He humbled Himself and became obedient to the point of death, even the death of the cross (Philippians 2:6-8, emp. added).

While on Earth in the flesh, Jesus was voluntarily in a subordinate position to the Father. Christ “emptied Himself” (Philippians 2:7; He “made Himself nothing”—NIV). Unlike Adam and Eve, who made an attempt to seize equality with God (Genesis 3:5), Jesus, the last Adam (1 Corinthians 15:47), humbled Himself, and obediently accepted the role of a servant. But, as Wayne Jackson observed, Jesus’ earthly limitations “were not the consequence of a less-than-God nature; rather, they were the result of a self-imposed submission reflecting the exercise of His sovereign will” (1995, emp. added). In the form of man, Jesus assumed a position of complete subjection to the Father, and exercised His divine attributes only at the Father’s bidding (cf. John 8:26,28-29) [Wycliffe, 1985]. As A.H. Strong similarly commented, Jesus “resigned not the possession, nor yet entirely the use, but rather the independent exercise, of the divine attributes” (1907, p. 703).

Admittedly, as with Deity’s very nature, understanding Jesus as being fully human in addition to His divine nature is not a simple concept to grasp. When Jesus came to Earth, He added humanity to His divinity—He was made “in the likeness of men” (Philippians 2:7). He moved from the spiritual realm to put on flesh (John 1:14) and became subject to such things as hunger, thirst, weariness, and pain. Our holy God chose to come into this world as a helpless babe, Who, for the first time in His eternal existence, “increased in wisdom” as a child (Luke 2:52). In order to become the perfect sacrifice and Great High Priest, Jesus willingly submitted Himself to temptation and death. As the writer of Hebrews noted: “[I]n all things He had to be made like His brethren, that He might be a merciful and faithful High Priest in things pertaining to God, to make propitiation for the sins of the people. For in that He Himself has suffered, being tempted, He is able to aid those who are tempted” (2:17-18).

In short, the Bible’s depiction of Jesus as God incarnated is not contradictory. As the immortal, invisible, pre-incarnate Word (1 Timothy 1:17), He was God (John 1:1). When the Word put on flesh, He was still by nature God (John 10:30,33; 20:28), though He willingly “humbled Himself” and “made Himself of no reputation” (2:6-8) in order to become the tempted, but perfect Man. Indeed, He “who knew no sin” became “sin for us, that we might become the righteousness of God in Him” (2 Corinthians 5:21).