The union of faith and trust by Gary Rose 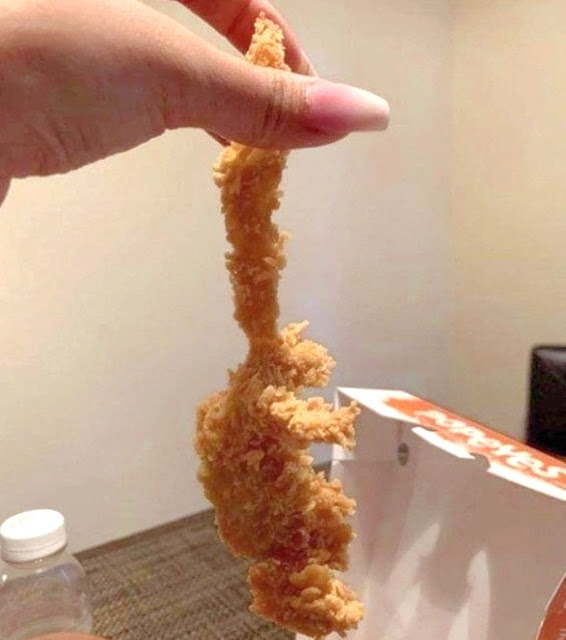 Well, you went out for some fast food, you waited in a long line, ordered your chicken and finally sat down to eat and opened the box. Question: Does this look like chicken to you? Next question: Do you eat it or not? I don’t know about you, but I am not. Why? Because I don’t go there often enough to trust them that much. But, what if God told you to do something that just didn’t seem right, would you do it? Abraham found himself in this very situation…

Genesis 22 ( The Apostles’ Bible )
[1] And it came to pass after these things that God tested Abraham, and said to him, Abraham, Abraham; and he said, Behold! I am here.  [2] And He said, Take your son, the beloved one, whom you have loved-Isaac, and go into the high land, and offer him there for a whole burnt offering on one of the mountains of which I will tell you.  [3] And Abraham rose up in the morning and saddled his donkey, and he took with him two servants, and Isaac his son, and having split wood for a whole burnt offering, he arose and departed, and came to the place of which God spoke to him,  [4] on the third day; and Abraham, having lifted up his eyes, saw the place afar off.  [5] And Abraham said to his servants, Sit here with the donkey, and I and the lad will proceed thus far, and having worshipped, we will return to you.  [6] And Abraham took the wood of the whole burnt offering, and laid it on Isaac his son, and he took into his hands both the fire and the knife, and the two went together.  [7] And Isaac said to Abraham his father, Father. And he said, What is it, son? And he said, Behold the fire and the wood, but where is the sheep for a whole burnt offering?  [8] And Abraham said, God will provide for Himself a sheep for a whole burnt offering, my son. And both, having gone together,  [9] came to the place which God spoke to him of; and there Abraham built the altar, and laid the wood on it, and having bound the feet of Isaac his son together, he laid him on the altar upon the wood.  [10] And Abraham stretched forth his hand to take the knife to kill his son.  [11] But the Angel of the Lord called to him out of heaven, and said, Abraham, Abraham. And he said, Behold, Iam here.  [12] And He said, Lay not your hand upon the child, neither do anything to him, for now I know that you fear God, and for My sake you have not spared your beloved son.  [13] And Abraham lifted up his eyes and beheld, and lo! A ram caught by his horns in a plant of Sabek; and Abraham went and took the ram, and offered him up for a whole burnt offering in the place of Isaac his son.  [14] And Abraham called the name of that place, The Lord Has Seen; that they might say today, In the mount the Lord was seen.

Abraham was well over 100 when God tested him. Isaac was his one and only son, so reason would tell him that if he offered up his son as a sacrifice he would be without an heir. But Abraham obeyed anyway and God stopped the sacrifice. Abraham passed the test. For most of us, we would just take away the lesson that we should trust God and we would be right in doing this. But, there is another lesson here; that of Issac. Unlike Abraham, Issac did not have years of years to build faith and trust in God. He was a young man, but he obviously loved and trusted his father. In this, both Abraham and Issac had something in common.

As a Christian, the next time you read a command in your Bible that seems too hard for you to do, remember the union of faith and trust that both Abraham and Issac had and obey. You will be blessed for it!